Meet our program director and faculty. 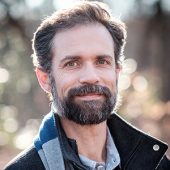 Director of the Food, Health, and Ecological Well-Being Program
828.553.3564
bahnsoff@wfu.edu

Bahnson’s research and teaching focus on the intersection of ecology, sustainable agriculture, and contemplative spirituality. His book Soil and Sacrament tells the story of the church-supported community garden he co-founded in 2005. The book also describes his subsequent pilgrimage among four agrarian faith communities—Catholic, Protestant, Jewish, and Pentecostal. He is the co-author (with Norman Wirzba) of Making Peace With the Land, and his essays have appeared in Harper’s, Orion, The Sun, Image, Washington Post, and the anthology Best American Spiritual Writing. He is currently at work on a book about Christianity and climate change. In his capacity as director of the Food, Health, and Ecological Well-being Program, Bahnson convenes gatherings of faith leaders throughout the year across North Carolina’s Piedmont and mountain regions. 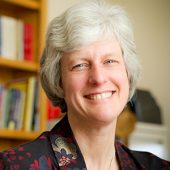 Crainshaw emphasizes in her writing and teaching how Christian worship and leadership arise from and return to human experience. Her newest book, When I in Awesome Wonder: Liturgy Distilled from Everyday Life (The Liturgical Press, September 2017), explores how worship’s sacramental elements such as bread, wine, and water are connected to local fields and farmers, waters and artisans. Crainshaw’s teaching focuses on intersections between religious leadership and sustainability, social justice, and “grounded” human experiences. Crainshaw is the program director for the School of Divinity’s clergy leadership program, Clergy Making a Place: Early Career Pastors as Generative Community Leaders, funded through the Lilly Endowment, Inc. She is an ordained teaching elder in the Presbyterian Church (U.S.A.). Crainshaw is a regular contributor to Patheos’ Unfundamentalist Christians and The New Verse News, an online publisher of “politically progressive poetry on current events and topical issues.” Crainshaw recently edited two student publications, Uncommon Words, Common Worship (Library Partners Press, WFU, 2016) and Words Made Flesh: A Collection of Poems and prayers for Worship (Library Partners Press, WFU, 2017). Both books feature student liturgical writing completed as part of a course project.

– Roots and Branches: Eco-Judaism in Context 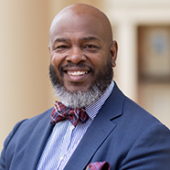 Associate Professor of Religion and Culture

Hicks teaches and researches broadly in the areas of African American religion, religion in North America, race, the body, religion and foodways, theory and method in the study of religion, Black and Womanist theologies, and cultural studies. Currently he serves as co-chair of the Religion and Food Group at the American Academy of Religion. Dr. Hicks is the author of the book Reclaiming Spirit in the Black Faith Tradition (Palgrave Macmillan, 2012). He is currently working on a second monograph entitled Feeding Flesh and Spirit: Religion, Food, and the Saga of Race in Black America (under review with UNC Press). In addition, he served as assistant editor of the volume entitled African American Religious Cultures (ABC-CLIO Press). He also contributed chapters for the books Blacks and Whites in Christian America: How Racial Discrimination Shapes Religious Convictions (New York University Press, 2012) and to the edited volume Religion, Food, and Eating in North America (Columbia University Press, 2014). In support of his scholarship, Dr. Hicks has been awarded fellowships and grants from the Ford Foundation, the Fund for Theological Education, the Louisville Institute, the Henry Luce Foundation, and the Wabash Center. 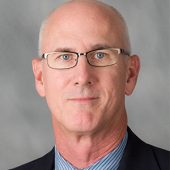 Jensen’s PhD work was in Pastoral Care, Psychology of Religion, and Theology, and his current research and teaching interests lie at the intersections of faith, health, food systems, sustainability, and community. He helps lead the concentrations in Religious Leadership in Food, Health, and Ecology, is the faculty liaison for the joint degree in counseling, and leads the school’s travel course to Nicaragua in partnership with AMOS Health and Hope. Jensen is a Certified Supervisor with the Association for Clinical Pastoral Education and serves as a Chaplain Supervisor in the Division of FaithHealth at Wake Forest Baptist Medical Center. He recently received a grant from Blue Cross Blue Shield North Carolina, along with colleagues in Public Health Sciences, to conduct asset mapping on food pathways in Forsyth County. Jensen serves on the Executive Committee of the Forsyth County Food Consortium, a regional food policy council, and leads a Task Force on International Issues for the Association of Clinical Pastoral Education.

Learn more about the program: