Experience our lectures and special events again or for the first time.

Click a link below to be taken directly to the lecture or special event you’re looking for:

Looking for an event not listed?

Contact the Office of Communications at divcomm@nullwfu.edu with the name and, if possible, the date of the event to see if a shareable recording or manuscript is available.

Rev. Dr. Bill J. Leonard
Founding Dean of the School of Divinity, and Dunn Professor of Baptist Studies and Professor of Church History

“The Necessity of Moral Dissent in Times Like These”

“Faith, Values, and the Common Good”

“The Baptist Motif: Celebrating the Dunn Chair of Baptist Studies”

“Relearning our Mother Tongue: Finding Our Soul as We Find Our Voice for Health, Mercy, and Justice”

“Are Religious Convictions Bad for the Planet?”

The Mac Bryan Prophetic Preaching Series was established at Wake Forest University School of Divinity in honor and memory of George McLeod “Mac” Bryan, Sr. (’41, MA ’44) by George (’61) and Carol  (’64) Williamson. Bryan was professor of religion and taught at the University for thirty-seven years after joining the religion faculty in 1956. He introduced courses on feminism, religion and science, medical ethics, and black and liberation theology. He fought tirelessly for Civil Rights, pursued social reform, and was instrumental in helping to integrate Wake Forest College in the 1960s. Bryan wrote several books on social justice, including These Few Also Paid a Price and Voices in the Wilderness.

Bryan had a lasting impact on the Williamsons. In talking about his impact, George paints a vivid picture: “ Mac’s character was to bring others along in his confident intention toward reform of the human folly for public injustice.” The series brings preachers and speakers to campus who will inspire students to live and serve at the intersection of Christianity and social justice.

“The Origins of Our Discontents”

“Where All Are Welcome”

“The Necessity of Moral Dissent in Times Like These”

Could it be that our planet is not suffering primarily from a financial crisis, or even an ecological one, but from a critical lack of love?

Andreas Weber asks a radical and challenging question. In speaking of love and of eroticism, Weber is not referring to sentimental feelings but to a new basis for ontology itself, based on a mix of cutting-edge biological findings and philosophical insights.

The Margaret A. Steelman Lectures were endowed in 1998 with a gift from Dr. Sanford L. Steelman in honor of his wife, Margaret A. Steelman, and to establish a legacy at the newly established School of Divinity at Wake Forest University. The Steelmans were originally from Hickory and returned there to retire in 1988.  Dr. Steelman spent 28 years with Merck Research Laboratories in New Jersey.  His career as a biochemist was distinguished with hundreds of scientific articles and five patents.  They were active members of First Baptist Church, Hickory, NC. This lectureship provides funding for prominent lecturers of Judeo-Christian theology.

Samuel Y. Pang
Professor of Inter-cultural Studies and World Christianity at the College of Theology and United Graduate School of Theology at Yonsei University in Seoul, South Korea.

“The Spiritual Mode of Preaching”

Rev. Dr. Luke A. Powery
Dean of Duke Chapel and Associate Professor of the Practice of Homiletics, Duke Divinity School

“Christianity After Religion: The End of Church and the Birth of a New Spiritual Awakening”

“Are Religious Convictions Bad for the Planet?”

In this #ArchitectsofHope​ video, Dr. Kevin Jung provides insight into Soren Kierkegaard's "Fear and Trembling." “... Kierkegaard is one of the few philosophers and theologians who constantly and quite effectively used satire and sarcasm as he uses mythologies and Biblical narratives to ...

Whether it is economic growth or prosperity – we need to rethink our definitions. Across the world, indigenous tribes who live in complete harmony with nature are struggling due to the way of our modern world. Maybe it’s time we learnt a thing or two from them. Credits: Image: ... 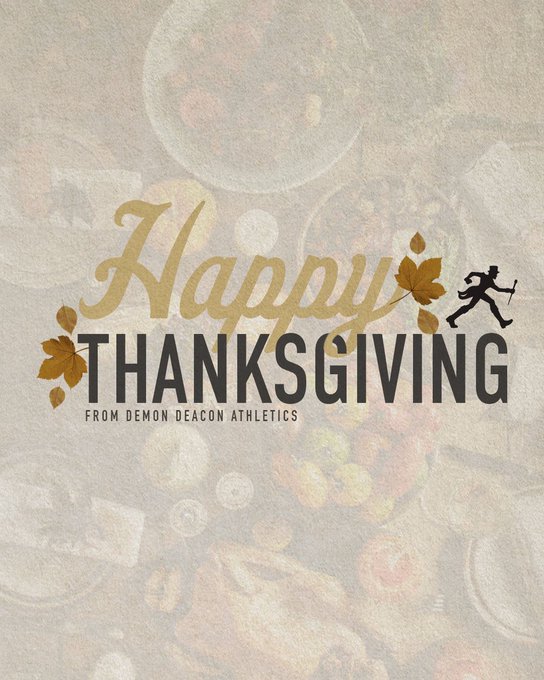 RT @DemonDeacons: We are always thankful for your love and support, Deacon Nation! #HappyThanksgiving | #GoDeacs 🎩 https://t.co/g9MRTAbvPS

What are you thankful for this year? As we prepare for the Thanksgiving holiday, some of our students share their… https://t.co/PoPw3UWhBi