Dr. Charles Kimball, former professor at Wake Forest University and now Presidential Professor at the University of Oklahoma, will deliver the Carlton Mitchell Interfaith Lecture entitled, “Understanding Religious Extremism among the Children of Abraham,” on Thursday, September 22 at 7 p.m. in Brendle Recital Hall on the campus of Wake Forest University. The lecture, sponsored by Interfaith Winston-Salem, is free and open to the public.

Dr. Kimball will explore the ideological and historical roots of religious extremism within and between the three monotheistic traditions – Judaism, Christianity, and Islam – that trace their heritage to the prophet Abraham. He will then offer strategies for countering such extremism in our modern globalized world. 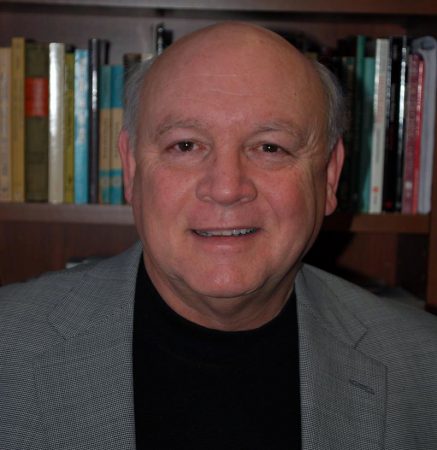 Kimball served as Chair of the Department of Religion at Wake Forest University from 1996 to 2008, when he accepted the position of Presidential Professor and Director of Religious Studies at the University of Oklahoma. He is the author of five books, including When Religion Becomes Lethal: The Explosive Mix of Politics and Religion in Judaism, Christianity, and Islam (Jossey-Bass/Wiley, 2011). Kimball has worked closely on interreligious dialogue between Jews, Christians, and Muslims for over three decades, both in the U.S. and in the Middle East.

The Carlton Mitchell Interfaith Series honors Dr. Carlton T. Mitchell (WFU ’43), who taught in the Department of Religion at Wake Forest University for thirty years. Dr. Mitchell, who died in 2013, was a leader in building interfaith cooperation and understanding. Interfaith Winston Salem sponsors the series to honor Dr. Mitchell’s pioneering efforts by offering lectures, concerts, and other activities that help people of Winston Salem better understand the religious differences of their neighbors.

The Wake Forest University School of Divinity, Department for the Study of Religions, and other community partners are co-sponsoring the September 22 lecture.

Interfaith Winston-Salem is a tax-exempt nonprofit organization under Section 501(c)(3) of the Internal Revenue Code.   We are an all-volunteer educational group that brings together members of many faith traditions – religious and non-religious – to gain a greater understanding of and respect for each other’s traditions.  As we better understand other traditions, we hope to develop a deeper appreciation for our own that will manifest itself in active goodwill to other individuals and to the community as a whole.